‎”Remembering that I’ll be dead soon is the most important tool I’ve ever encountered to help me make the big choices in life. Because almost everything — all external expectations, all pride, all fear of embarrassment or failure – these things just fall away in the face of death, leaving only what is truly important. Remembering that you are going to die is the best way I know to avoid the trap of thinking you have something to lose. You are already naked. There is no reason not to follow your heart. … Stay hungry. Stay foolish.” – Steve Jobs (1955 -2011)

Unfortunately the playing field will be leveled again…:-( 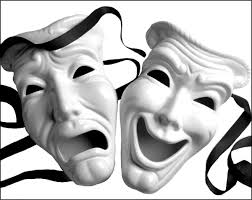 ‘There is a very thin line between being practical and being philosophical, what matters is not to draw but adjust the line according to the situation’ – praNAV

Terror Activities are not ‘Natural Calamities’ which cannot be prevented! Even that 1% costs ‘lives’ which could be 100% of many families. Country does not work on statistics but  its people!

Focus should be on 100% cure by targetting the ‘Roots’.

Something our government should learn from US.

Nokia!!! Sounds very familiar like Parle, Bajaj, Cadbury’s, Maruti Suzuki. Well the point I want to make is the trust consumer have while buying products of these reputed brands in our country. Couple of years ago, India was a Nokia Country. Like my Dad, many Dads insisted their sons to get a Hero Honda Splendor, reason?? Its simple ‘The Trust Factor’ (Hero Honda even had an ad on TV stating the same) similarly for mobile phone it had to be Nokia. It became a household name. Since Nokia 6600, even I became a fan of Nokia, but the current stats say altogether a different story. Not because of quality. The problem is with its product positioning in low tier and high tier market.


Here are some stats (Lies, Damn Lies and Statistics….)

So what’s going wrong with Nokia?

In low end market where cost plays a crucial role, Nokia is competing with local players like Micromax, Karbonn, Chinese unnamed manufactures (no IMEI numbers) etc. People don’t purchase a mobile for a lifetime and change it bi-yearly on an average. In fact, the tendency to do so increases when the cost is on lower side.

In this market manufacturers are offering more features and benefits as compared to Nokia for the same price. (I am not talking about quality here, it comes for a price, right?) Nokia’s cost increases due to huge promotions, sponsorships, ad campaigns it does to promote its models.


(No, I am not talking about the hefty amount paid to Piggy Chops though btw did you know that the actual cost of a Levi’s jeans is around 450 rupees only!!! Rest is because of dinosaur size posters of celebrity you see everywhere!! – Source, Levi’s trusted employee)

Coming to the High end market where cost comes secondary to operating system and supporting hardware open doors to new world of possibilities. Nokia is still sticking to Symbian OS (which it had bought couple of years ago with pride, as if no one’s gonna come with alternative OS) Whereas the market is much actively interested & involved between the ongoing tussle between Apple’s iOS and Google’s Andriod  (Well, Blackberry boys are on different planet, they are busy loving what they do and doing what they love. So we will not talk about them for now)

Now, despite having one of the best hardware in the market, Nokia is losing sales because of its OS Symbian 3 (Not many smart phone buyers who actually care about the adjective used before their phone are keen on using Symbian OS and prefer Andriod or iOS because of their huge Application base and large glocal community).

‘Dear Nokia, just because you own it, not necessary you should promote it. If you can’t beat the trend, join the trend’ Join the Android camp. You do your best and let the google do the rest’ – Mangoman

For example Nokia’s N8 is a hardware beauty with dull software (Lets not talk about its low frequency processor, Nokia has already defended it by stating that Symbian requires low frequency processors) Despite getting it right in most of the departments, symbian is holding back sales of such an exciting model. (I would prefer Nokia N8 with Andriod any day to the current version at price tag below 25 grand)

So what is the lollipop of the story?

That’s the problem of positioning your product which Nokia is facing at present. Similar is the story with Apple’s iPhone in India, we will discuss it some other time.

Btw what happens at your work station??
Have a nice day!
Celife:-)

Earlier it was ‘cool’ to have multiple email IDs and footprints on all these sites, but the recent trend in webizens show people’s preference at sticking to one single platform for managing their friends and social activities online. No doubt Facebook has emerged as an undisputed Social Networking Site leader worldwide and coming up with lot of innovative notions to stick to the numero Uno spot.

The recent announcement by Facebook to extend its services by offering mailing address has won kudos everywhere. Well, I personally think this as a smart move and shows that the management has clear picture of positioning themselves as single social service provider for handing social life on internet in near future. Also from logistics point of view, the migration will be much easier as Facebook already has social profiles of millions in their database.

For example mangoman@facebook.com with my social profile and network with all friends makes sense.

Lollipop of the story: